Mariah Carey was born in Huntington, New York. Her father, Alfred Roy Carey, was of African American and Venezuelan descent, while her mother, Patricia (Hickey), is of Irish American descent. According to Mariah, her maternal grandparents were "from Ireland". The last name Carey was adopted by her Venezuelan grandfather, Francisco Nunez, after he came to New York. Patricia was an occasional opera singer and vocal coach before she met Alfred in 1960. As he began earning a living as an aeronautical engineer, the couple wed later that year, and moved into a small suburb in New York. After their elopement, Patricia's family disowned her for marrying a black man. Carey later explained that growing up, she felt neglected by her maternal family, which greatly affected her. During the years between the births of Carey's older sister Alison and herself, the Carey family struggled within the community due to their ethnicity. Carey's name was derived from the song "They Call the Wind Maria", originally from the 1951 Broadway musical Paint Your Wagon. When Carey was three, her parents divorced. 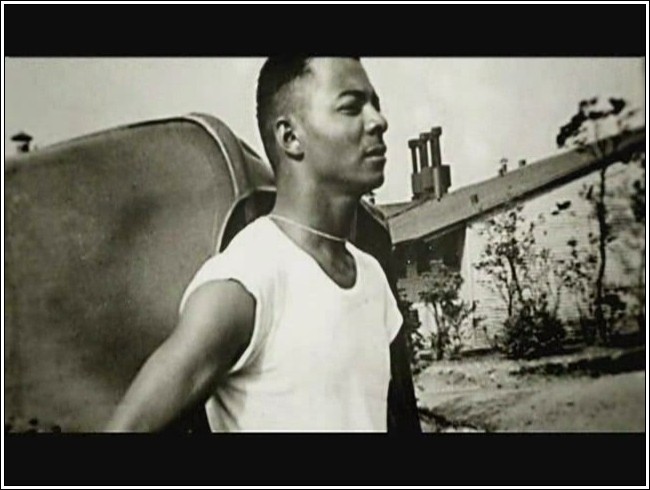 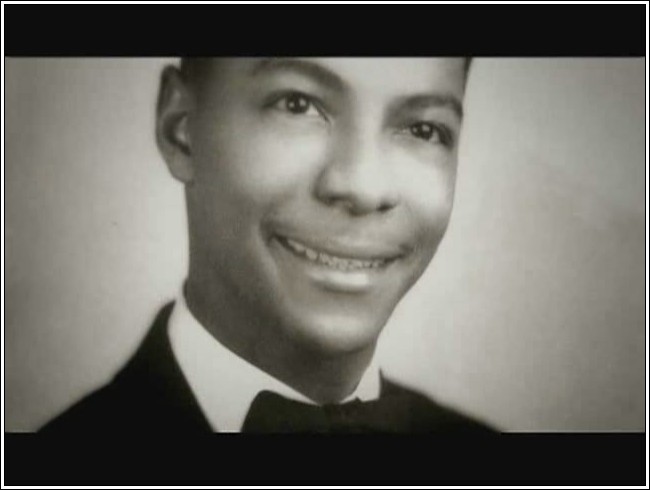 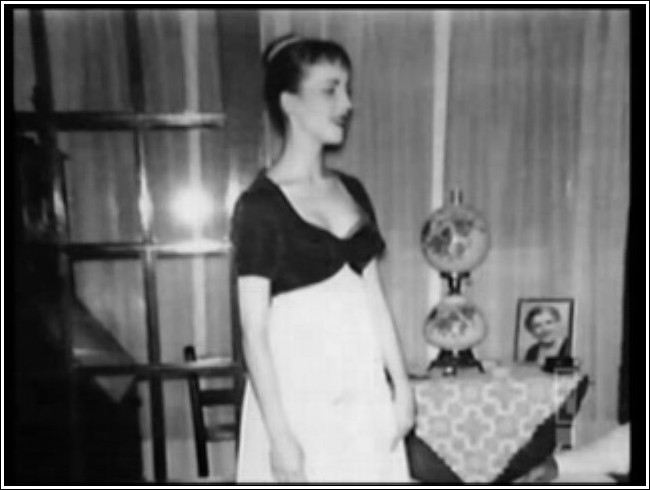 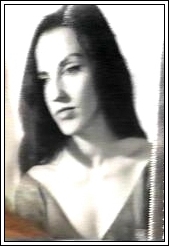 "It's been difficult for me, moving around so much, having to grow up by myself... my parents divorced. And I always felt kind of different from everybody else in my neighborhoods. I was a different person ethnically. And sometimes, that can be a problem. If you look a certain way, everybody goes 'White girl', and I'd go, 'No, that's not what I am.'"
-Carey, on her childhood 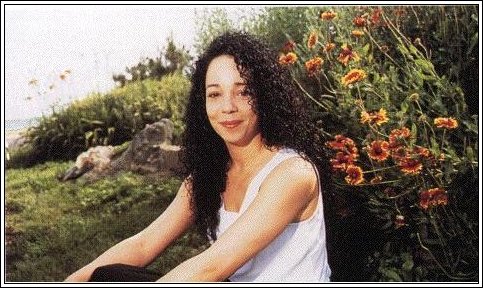 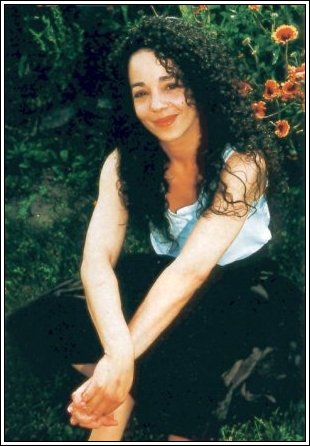 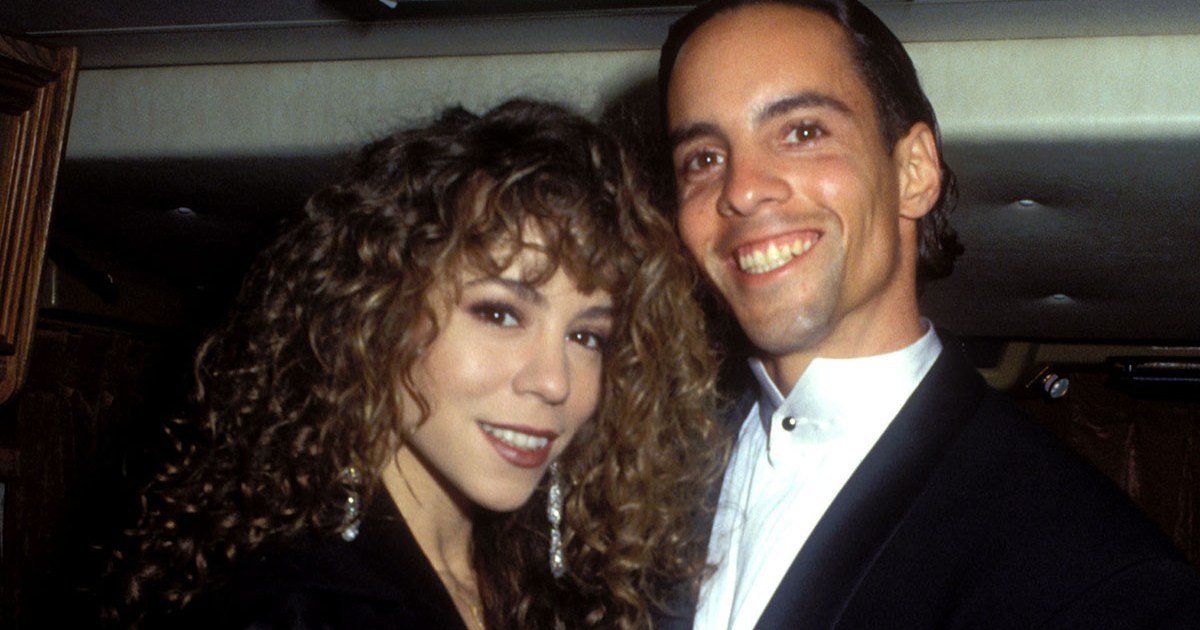 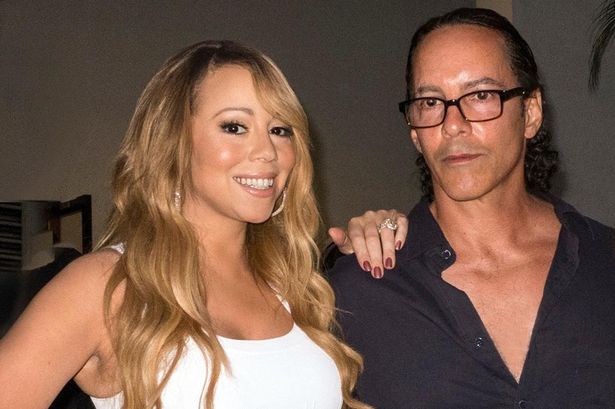 After their separation, Alison moved in with her father, while the other two children, Mariah and brother Morgan, remained with their mother. Carey grew apart from her father and later stopped seeing him altogether. By the age of four, Carey recalled that she had begun to sneak the radio under her covers at night, and just sing and try to find peace within the music. During elementary school, she excelled in subjects that she enjoyed, such as music, art, and literature, but did not find interest in others. After several years of financial struggles, Patricia earned enough money to move her family into a stable and more affluent area of New York. Carey had begun writing poems and adding melodies to them, thus starting as a singer-songwriter while attending Harborfields High School in Greenlawn, New York, where she graduated in 1987. Carey excelled in her music, and demonstrated usage of the whistle register, though only beginning to master and control it through her training with her mother. Though introducing her daughter to classical opera, Patricia never pressured her to pursue a career in it, as she never seemed interested. Carey recalled that she kept her singer-songwriter works a secret and noted that Patricia had "never been a pushy mom. She never said, 'Give it more of an operatic feel.' I respect opera like crazy, but it didn't influence me." 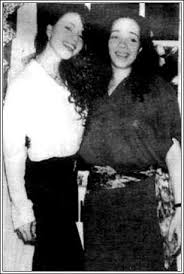 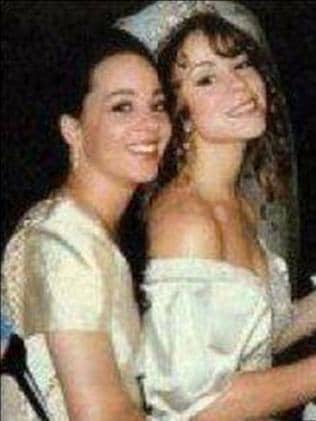 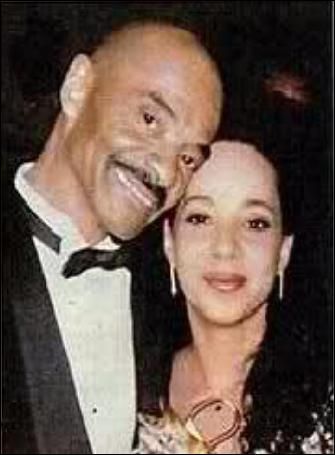 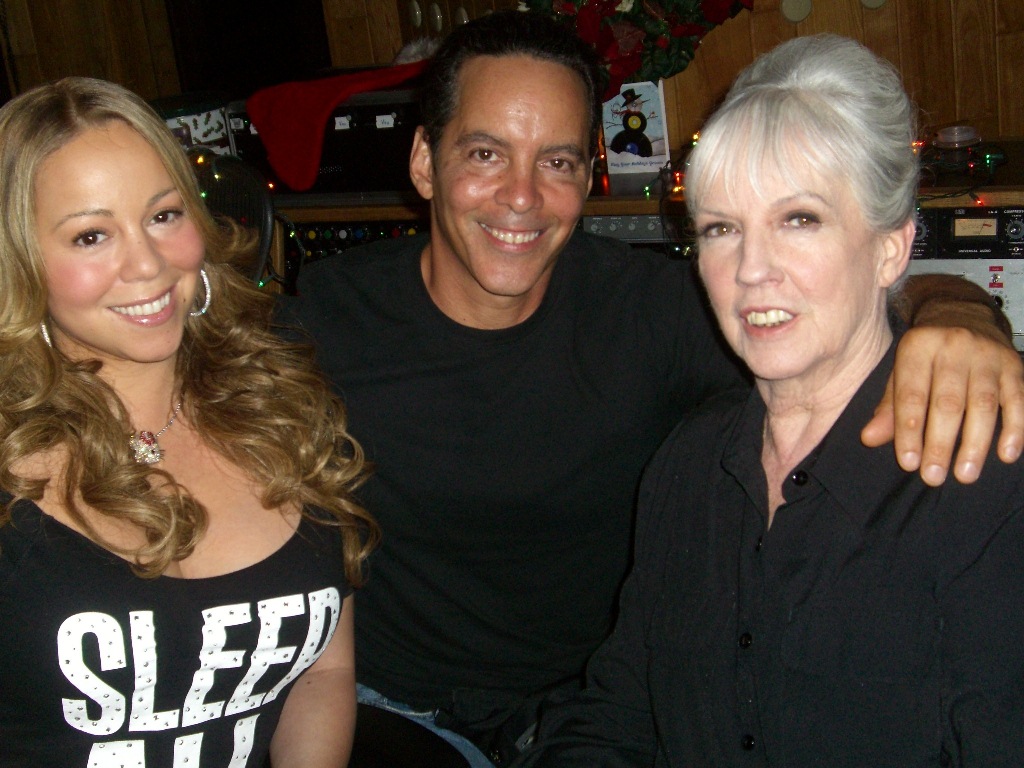 While in high school, Carey began writing songs with Gavin Christopher. They needed an assistant who could play the keyboard: "We called someone and he couldn't come, so by accident we stumbled upon Ben [Margulies]. Ben came to the studio, and he really couldn't play the keyboards very well - he was really more of a drummer - but after that day, we kept in touch, and we sort of clicked as writers." Carey and Christopher began writing and composing songs in the basement of his father's store during Carey's senior year. After composing their first song together, "Here We Go 'Round Again", which Carey described as having a Motown vibe, they continued writing material for a full-length demo. She began living in a one-bedroom apartment in Manhattan, which she shared with four other female students. Carey worked as a waitress for various restaurants, usually getting fired after two weeks. While requiring work to pay for her rent, Carey still had musical ambitions, as she continued working late into the night with Margulies in hopes of completing a demo. After completing her four song demo tape, Carey attempted to pass it to music labels, but failed each time. Shortly thereafter, she was introduced to rising pop singer Brenda K. Starr. 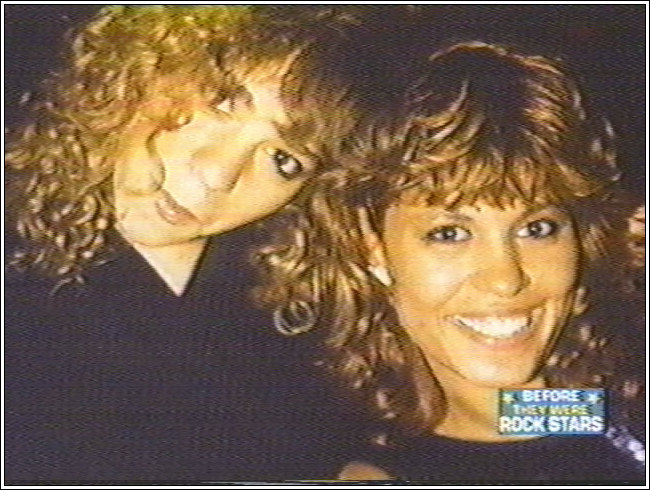 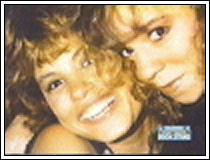 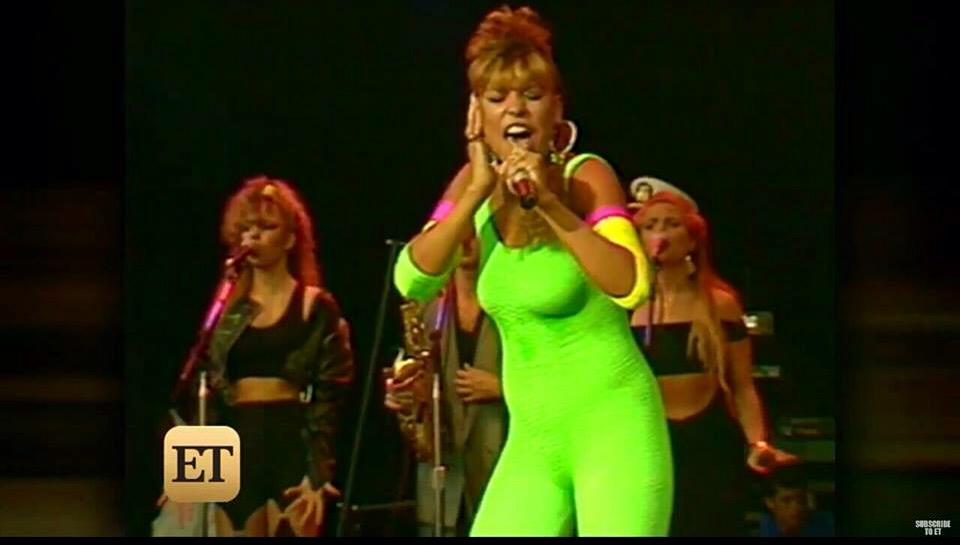 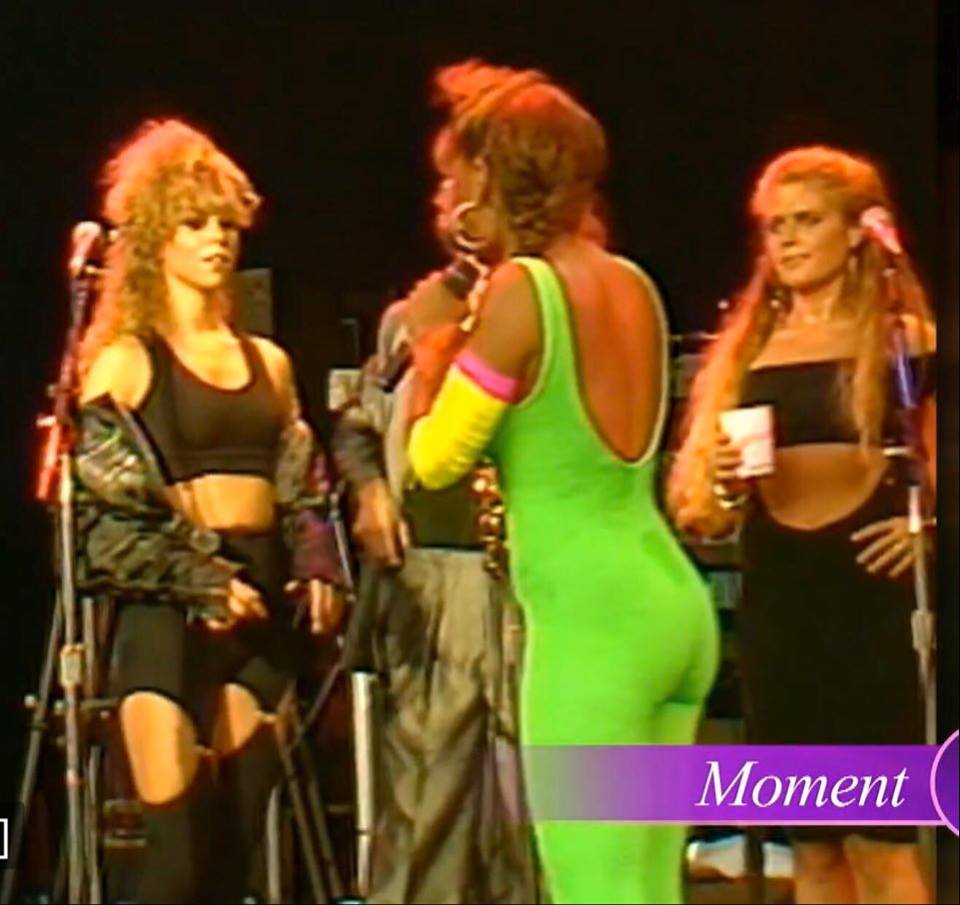 As Starr's friendship with Carey grew, so did her interest in helping Carey succeed in the industry. In December 1988, Carey accompanied Starr to a record executives' gala, where she handed her demo tape to the head of Columbia Records, Tommy Mottola, who listened to it on his way back home. After the first two songs, he was interested in her; later, after searching for Carey for two weeks, he immediately signed her and began mapping out her commercial debut. 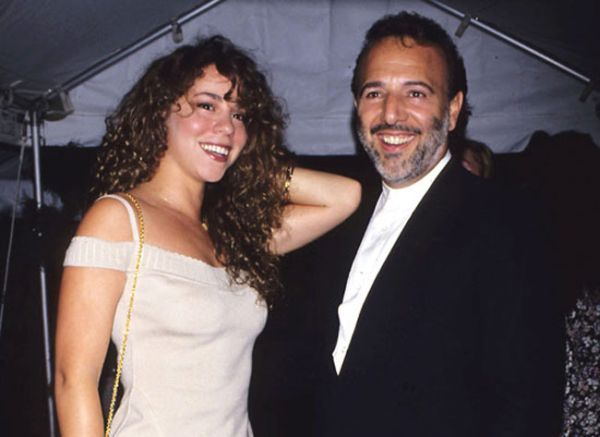 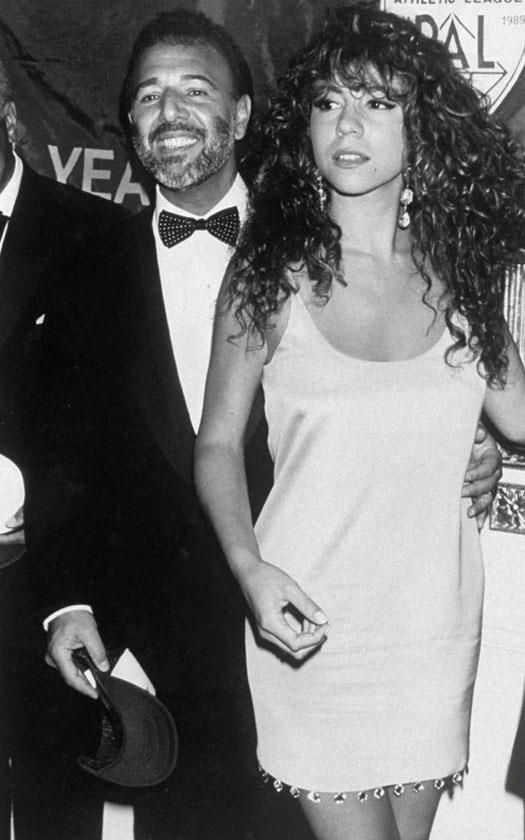 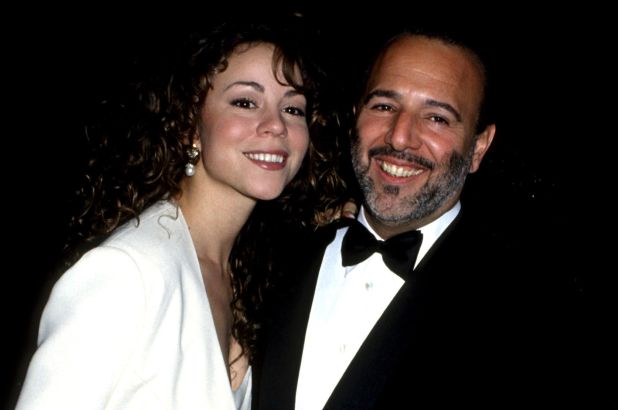 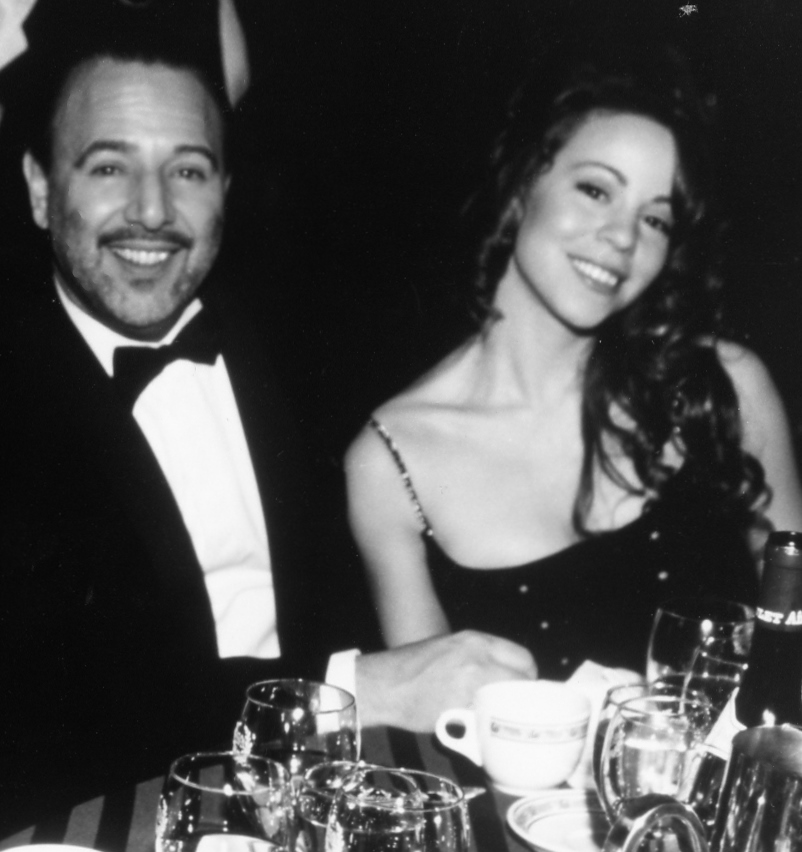 Read more from the Source